In RTE News Paul Cunningham writes how the Green Party is to introduce a new bill aimed at tackling Radon in Homes throughout Ireland.

Radon is a radioactive gas that we can’t see feel or smell and is created naturally by the radioactive decay of Uranium in rocks and soil. It’s not something new it has always been happening, normally it will escape to the atmosphere and not pose a risk. But with modern homes and offices becoming more air tight the problem arises when the Radon becomes trapped and we breathe it in. The risk is not the Radon gas itself but from the radioactive daughter products from it’s decay, which are solid radioactive elements.

A European study, funded by Cancer Research UK and the European Commission showed that Radon in the Home increase the risk of Lung cancer.

Public Health England estimate 1100 deaths per year in England and Wales are related to lung cancer caused by exposure to Radon gas in the home and now it’s further acknowledged in Ireland deaths from the same cause are at 250 per annum (source: Green Party bill looks to tackle ‘silent killer’ radon), surely it is time for the UK & Ireland to insist upon the recommendations clearly laid out in CIRIA 735 ‘Good practice on the testing and verification of protection systems for buildings against hazardous ground gases’ for all installations of systems designed to protect new constructions against the ingress of this lethal killer.

As within the UK areas Ireland with high risk exposure to Radon are known (see maps below). 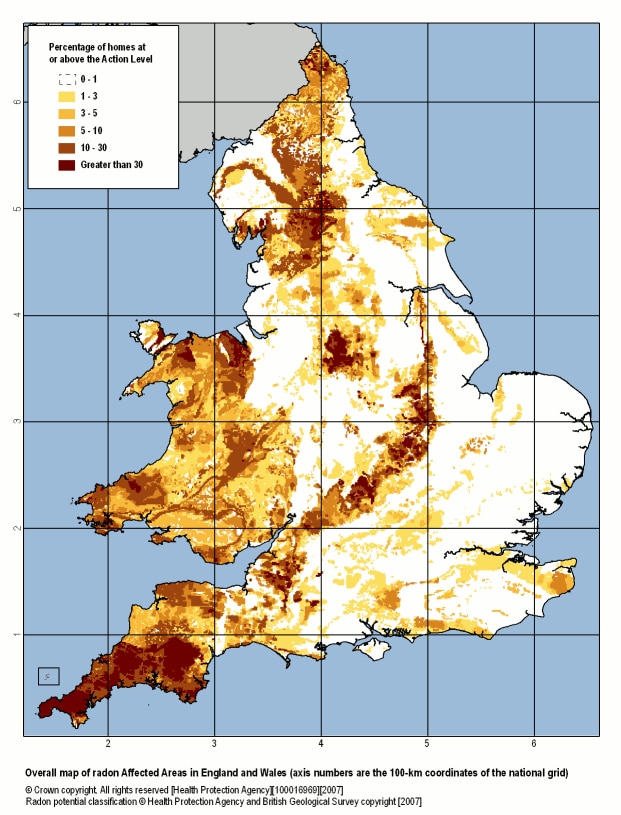 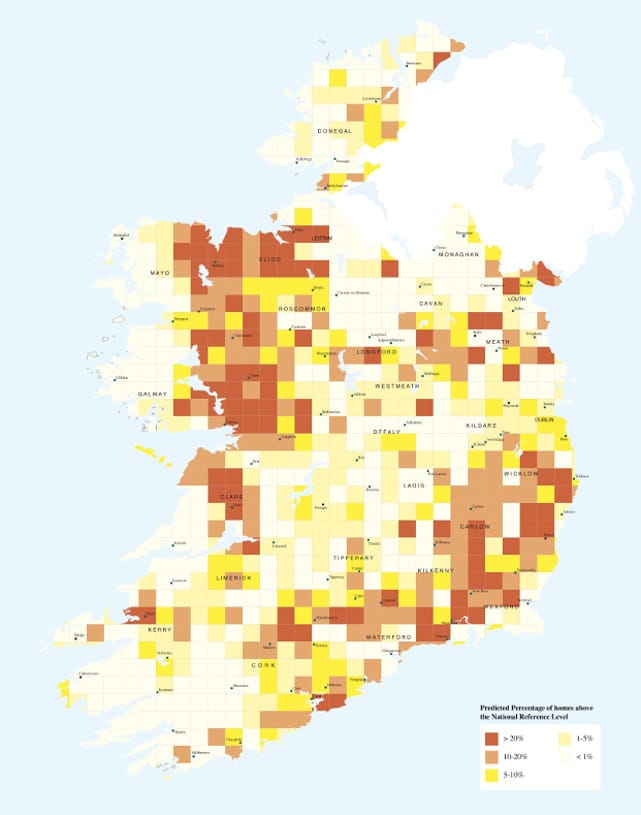 The new bill will require landlords to not only test their properties for Radon gas before renting it, but if Radon is detected to take action to remedy it. GeoShield are members of the Radon Council and are committed to providing safe and discrete Radon testing using state of the art technology. Ten day screening tests are available but the recommended 3 month tests provide a more reliable assessment of average annual exposure. Addressing Radon is also important in the construction of new buildings GeoShields GSR+ Verification program is unparalleled in the new build construction industry.